Published in 2016, USP General Chapter 1207 “Package Integrity Evaluation – Sterile Products” is regarded as the most thorough available guidance on CCIT concepts for sterile and critical products such as vials, ampoules and syringes.

The chapter provides an overview of common CCIT tests and categorises them as being deterministic or probabilistic. USP 1207 states a preference for deterministic tests on the basis that they are non-invasive, produce repeatable and predictable results and are suited to 100% testing. Nevertheless, both are still recognised and discussed in the chapter.

The different test methods cited in USP 1207, including suitable applications and pros and cons of the various techniques are summarised below. 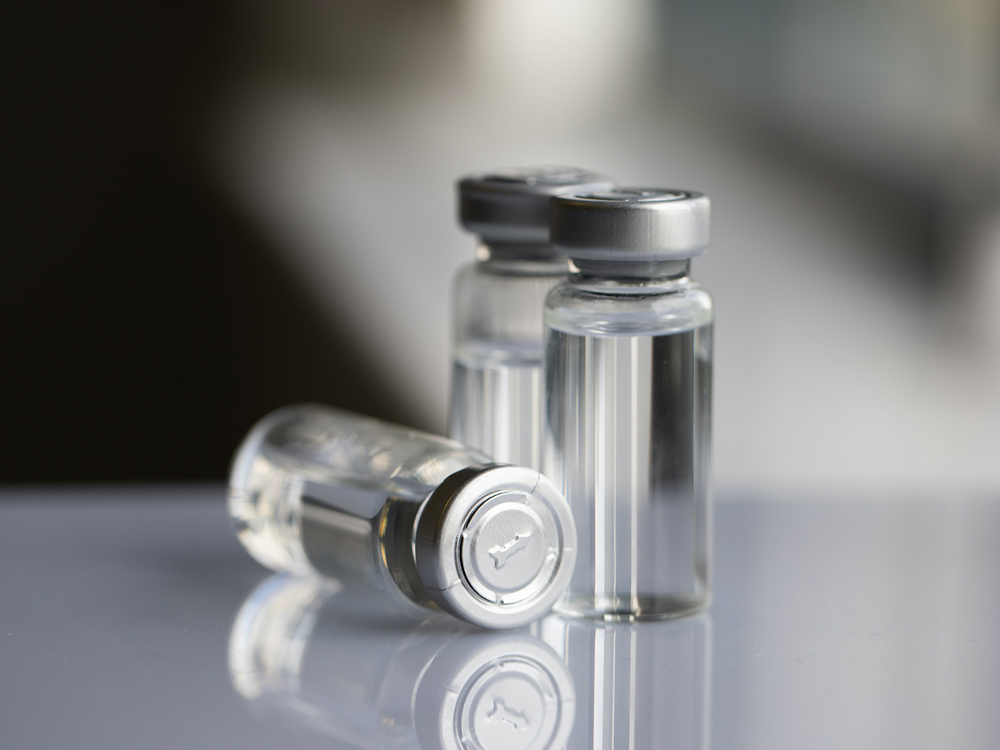 Blue Dye Test
Cheap and easy to perform, the blue dye ingress test is the most popular probabilistic test. The container is immersed in dyed water inside a vacuum chamber. A vacuum is applied, which draws air from any leaking packs. The chamber is vented to the atmosphere and the low pressure inside defective packs draws in the blue liquid. On the downside, the test is subjective, time-consuming and destructive.

Bubble emission: ASTM D3078-02 (2013)
Leak testing by bubble emission involves pressurising the package, submerging it under water and then looking for visual leaks. By applying a vacuum to the system, the external pressure on the package is reduced thus allowing for air/gas to leak out of the packaging – creating a stream of bubbles that can be easily located. This is less commonly used than the blue dye test, partly because it requires a larger tank and is more expensive, but it is preferred for large pouches such as IV bags.

Microbial challenge by immersion
Unlike the dye leak and bubble emission tests, which are ‘physical’ tests, this is a microbial test, designed to demonstrate the microbiological integrity of the container closure system. Containers filled with a sterile growth support medium are immersed in an aqueous suspension of microorganisms (examples include Brevundimonas diminuta, Serratia marcescens or Escherichia coli). The test may be performed in static or dynamic mode. In dynamic mode, pressure and vacuum are applied to simulate air transportation. The containers are then removed from the challenge, rinsed, incubated, and examined for growth. In static mode, no pressure or vacuum is applied.

Tracer gas detection, sniffer mode: F2391 − 05 (2016)
During the sniff test process, sample packs are flooded with a tracer gas such as hydrogen or helium. In case of a leak the tracer gas escapes through the hole and is detected when the outer surfaces of the pack are scanned with a sniffer probe. This method is generally used when you need to pinpoint the exact location of the leakage. 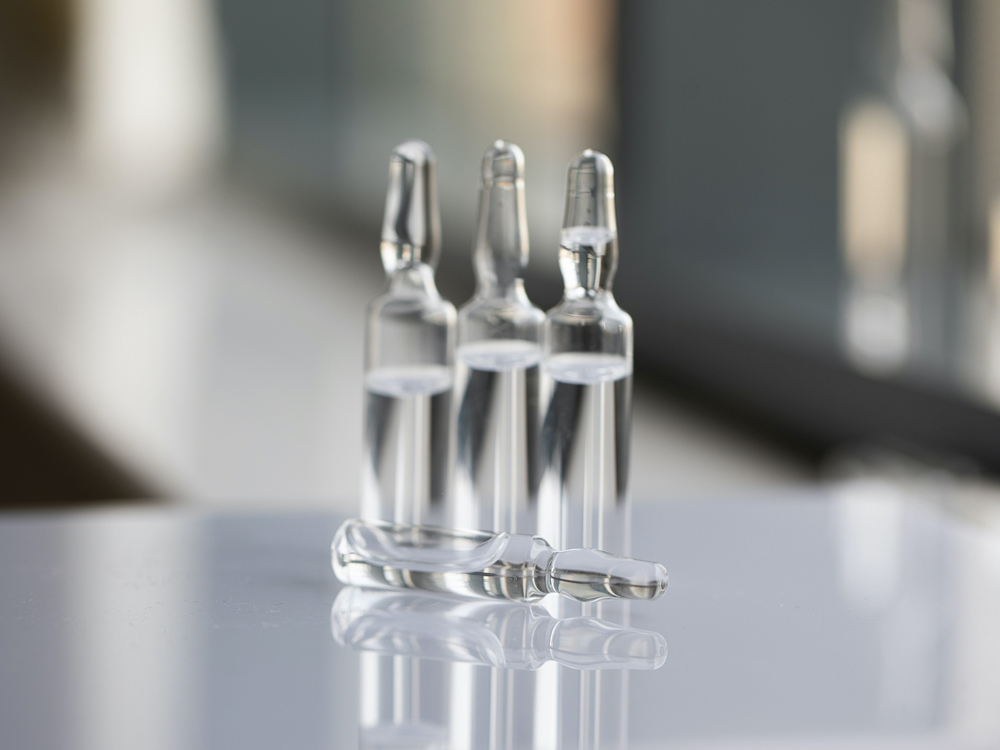 Electrical conductivity and capacitance test (HVLD)
This assay can identify leaks in liquid filled syringes, vials and ampoules, where the packaging is less conductive than the product inside. A high voltage and high frequency charge is applied across the sample. Packs without defect are relatively non-conductive and yield a low voltage reading; whereas a leaky package with electrically conductive solution located in or near the leak triggers a spike in voltage. The main advantage is that is fast and cost effective. There are, however, some concerns about the effect of passing a current through a product, plus the accuracy is not as good at the extremities of the container due to the location of the probes, which means defects in the lid or base may be overlooked.

Headspace Gas Analysis
Laser-based analysis provides a measure of oxygen, nitrogen, carbon dioxide, water vapour or internal pressure in a pack’s headspace. Light from a diode laser is passed through the headspace region of the sealed container. Measuring the amount of light absorbed gives an indication of gas concentration and pressure. This technology is especially applicable for products in vials and ampoules that have been purged with nitrogen, moisture- and oxygen-sensitive drugs and lyophilised products. It has limitations though – it will not detect, for instance, a crack in the base of a vial, as the gas headspace won’t be altered by this defect. Similarly, a viscous liquid might block off a pinhole that will only be exposed when the container is lain on its side during transportation.

Vacuum decay: F2338-09
This widely adopted method involves drawing vacuum on a package within a test chamber and monitoring the vacuum level for any decay, which would indicate a leak. The method established itself as a non-destructive replacement to the water bath leak test – leaks down to 1µm can be detected in packs containing water-based liquids. However, it is often unable to detect larger holes (> 150µm) as the air leaves the pack before the measurement takes place.

Pressure decay
The container is placed in a test fixture that is pressurised to a target level. The chamber is then allowed to stabilise and the decay or loss of pressure is measured over a set period of time. Any loss in pressure indicates a leak. This is often the method of choice for lyophilised, oil-based, viscous or toxic products.

Tracer gas (vacuum mode): F2391 − 05 (2016)
Leak detectors based upon mass spectrometers detect and quantitively measure the leakage rate of tracer gases such as hydrogen or helium. Test samples are flooded with tracer gas and placed inside a vacuum chamber. When the chamber is evacuated, any leaking gas is drawn through the analyser. This is a highly sensitive testing method, capable of detecting 0.2mm defects. On the downside, the requirement for gas makes it quite expensive.

Mass extraction: F3287 – 17e1
Mass extraction leak detection operates by drawing a vacuum on a sample enclosed in a chamber. The instrument monitors the airflow required to sustain a specific vacuum level. The flow required to keep the vacuum steady is proportional to the flow escaping from leaks in the sample under test.

If the test detects a mass flow, and it is of similar value to the known defect, a failure of integrity is noted. 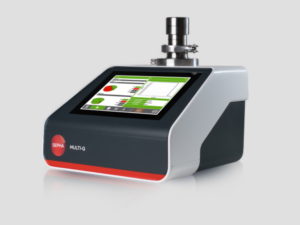 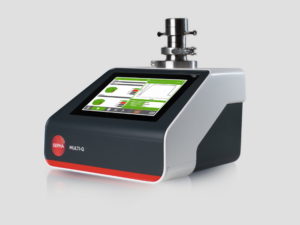 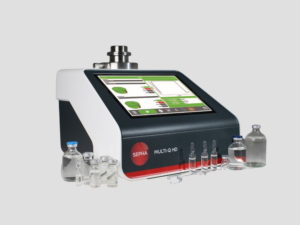